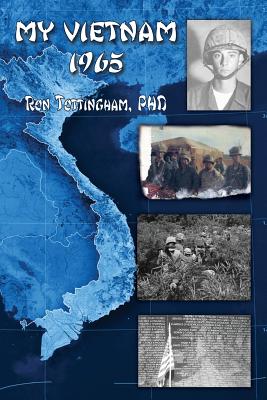 
Not On Our Shelves—Ships in 1-5 Days
(This book cannot be returned.)
This is my story, "My Vietnam 1965" The actual Vietnam troop war began with first troops sent in February 1965 followed by the second troop entrance, May 1965. Technically, the war began in 1963 and ended in 1973. The first two years, from 1963 to early 1965, was called a "Police action" and was with "advisors" and not with ground troops. We, the Machinegun Squad, First Platoon, Charlie Company, First Battalion, Fourth Marine Regiment (Reinforced), Third Marine Division, landed in the Chu Lai South Vietnam as the second major insertion of troops sent into Vietnam. We landed under light resistance rifle fire on 7 May, 1965. We were at Chu Lai, only fifty miles south of Da Nang. I now have a better appreciation and insight of how it really was. You have done an extraordinary job in descriptions of the events that happen. Even though they must have been hard emotionally to deal with. The photographs were very helpful.