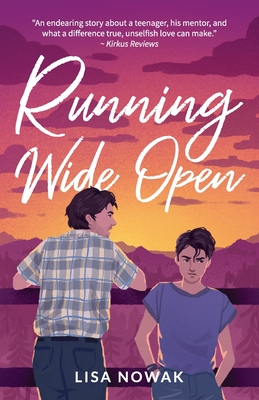 This is book number 1 in the Full Throttle series.

Cody Everett has a temper as hot as the inside of a combustion chamber, and it's landed him at his uncle's trailer, a last-chance home before military school. But how can he take the guy seriously when he calls himself Race, eats Twinkies for breakfast, and pals around with rednecks who drive in circles every Saturday night?

The last thing Cody expects is for Race to become the friend and mentor he's been looking for all his life. But just as he begins to settle in and get a handle on his supercharged temper, a crisis sends his life spinning out of control. Everything he's come to care about is threatened, and he's forced to choose between falling back on his old, familiar anger or stepping up to prove his loyalty to the only person he's ever dared trust.

Named one of BookBub's "6 Seriously Awesome YA Books Even Adults Can Get Into" and praised by teachers as perfect for reluctant readers, Running Wide Open is a feel-good story you'll remember long after you finish the last page. Great for fans of Chris Crutcher, Laurie Halse Anderson, and John Green.