This Is the Sun (Hardcover) 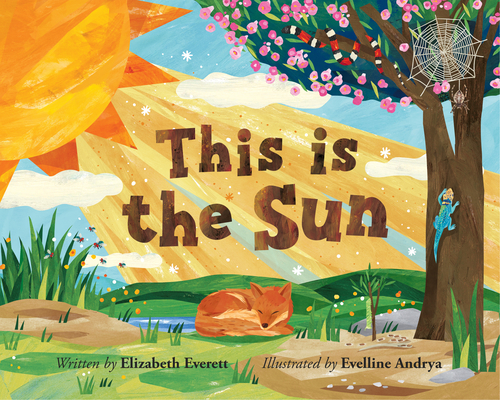 This Is the Sun (Hardcover)


Not On Our Shelves—Ships in 1-5 Days
Elizabeth Everett spent 16 years as a classroom teacher before venturing into writing. Inspired by her energetic youngster and his love for books, she took her background in education and meshed it with his childhood interests. The result was edu-tainment in the form of children's books! Elizabeth holds a bachelor's degree in elementary education and a master's degree in curriculum and instruction. She currently lives in Colorado with her family where they love spending time outdoors in the Colorado sun. Evelline Andrya was born in Sumatra, Indonesia in 1984. She grew up with mixed cultures, Chinese and Javanese. Her passion in illustration started at a very young age. She was influenced by vintage greeting cards that she found in her grandma's drawer, comic books, vintage picture books, and animated movies. She graduated from an academy of art and design in 2006, and got her first illustration job at CosmoGirl! Indonesia Magazine in 2007. Evelline started her freelance illustration career in 2010, focusing on children's books. Her illustration style is a mix of traditional medium and digital collage.