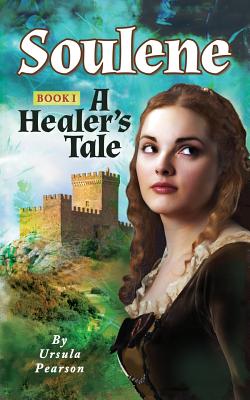 In feudal England, a 16-year-old girl is mastering the healing arts as an apprentice of Hospice de Coeur Rouge, known as the Red Heart Healers by the local peasantry. Her life is turned upside-down after discovering a handsome, gravely wounded knight in the forest. Who is this mysterious warrior? She uses herbs and the techniques passed down through the centuries to treat his wounds, but he warns her to flee immediately -- or risk death. She embarks upon an epic journey to the south, guided by friends and accompanied by her horse and hounds. She soon discovers a new danger -- and new clues about her own family history.

"Soulene: A Healer's Tale" is Book I of author Ursula Pearson's Soulene Trilogy. Using a backdrop of 12th-century English and French history, she weaves a fascinating tale about a young woman discovering her identity in troubled times.

Ursula Pearson grew up in northern New York on the St. Lawrence River. Reading was a constant pastime, so much so that her mother would scold her and order her to go outside! Pearson calls herself a "story junkie," always fascinated by the hidden aspects of people's lives which come up if you take the time to listen.