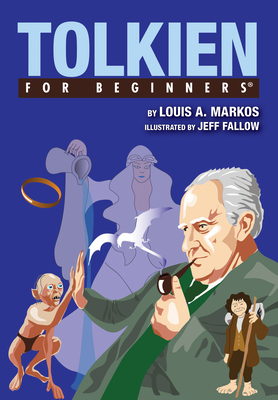 Tolkien For Beginners will introduce the reader to the multilayered depth and breadth of Tolkien’s tales of Middle-earth, what critics, following Tolkien’s lead, refer to collectively as his legendarium.

J.R.R. Tolkien sweeps us away to a distant time and place that is at the same time, our own time and place. He takes us to a world where difficult choices must be made and are made, where character is defined by those choices, and where redemption is possible though not always embraced.

The Lord of the Rings taps a deep root in the human psyche. There is much death, destruction, and defeat in Tolkien’s world, but there is even more friendship, courage, and hope. What one remembers when one finishes reading The Lord of the Rings is not the vice of the villains, as strong and as well drawn as it is, but the virtue that empowers the heroes to resist it, even at the cost of their own lives.

It will be the goal of Tolkien For Beginners to introduce the reader to the multilayered depth and breadth of Tolkien’s tales of Middle-earth. To do justice to the full dimensions of that legendarium, author Louis Markos will speak in two voices: that of the storyteller who loves the stories he tells and that of the critic who seeks to identify and explicate key themes from those stories. In his telling and analysis, he will treat the legendarium both as a collection of secondary-world myths with their own integrity and as a reflection of Tolkien’s Catholic worldview.

Louis Markos (www.Loumarkos.com) is a Professor of English and Scholar in Residence at Houston Baptist University, where he holds the Robert H. Ray Chair in Humanities. He teaches courses on British Romantic and Victorian Poetry and Prose, the Classics, C. S. Lewis and J. R. R. Tolkien, and Film. Markos is the author of nineteen published books and two lecture series.

Jeff Fallow has been illustrating For Beginners books since 1999. Previous books include Stanislavski For Beginners by David Allen and First Amendment For Beginners. Jeff has worked as illustrator for Glasgow Museums and graphic designer for the National Health Service. He is Scottish and lives in the Kingdom of Fife, an ancient part of Scotland and the home of golf (which he doesn’t play).