The Mind of Charles Hartshorne: A Critical Examination (Paperback) 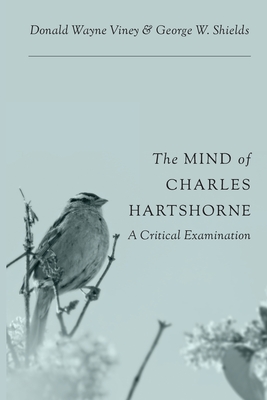 The Mind of Charles Hartshorne: A Critical Examination (Paperback)

Charles Hartshorne is widely regarded as an important figure in twentieth-century philosophy. His wide-ranging and diverse contributions encompass both philosophy and science--aesthetics, metaphysics, the history of philosophy, philosophical theology, numerous topics of applied philosophy, psychology, and ornithology. He championed the aspirations of metaphysics when it was unfashionable, and the metaphysic he championed helped change some of the fashions of philosophy.

In writing this magisterial compendium of Hartshorne's life and thought, authors Donald Wayne Viney and George W. Shields--two acknowledged authorities on Hartshorne--had two main aims. First, to give a reasonably comprehensive account of Hartshorne's philosophy with an eye to presenting his best arguments and correcting some misunderstandings of his views appearing in the critical literature. Second, to update the field of Hartshorne scholarship by including later work by Hartshorne himself and more recent criticism. With these goals, the authors have produced an updated, wide-ranging, and sustained critical overviewof Hartshorne's thinking, the kind of project not seen since Eugene Peters's landmark study half a century ago.

This book is likely be the definitive study of its kind on the life and thought of Charles Hartshorne for some years to come, an indispensable guide for students, process philosophers, Hartshorne scholars, and the educated public at large. May it stimulate further reflection and scholarly research on this truly great and long-lived genius of American philosophical thought