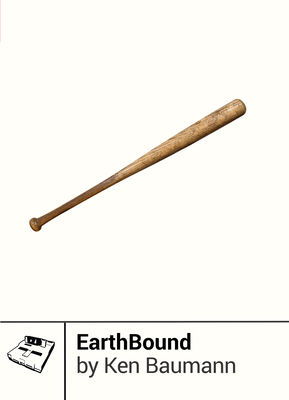 
Special Order—Subject to Availability
An RPG for the Super NES that flopped when it first arrived in the U.S., EarthBound grew in fan support and critical acclaim over the years, eventually becoming the All-Time Favorite Game of thousands, among them author Ken Baumann.

Baumann explores the game's unlikely origins, its brilliant creator, its madcap plot, its marketing failure, its cult rise from the ashes, and its intersections with Japanese and American culture, all the while reflecting back on the author's own journey into the terrifying and hilarious world of adults.