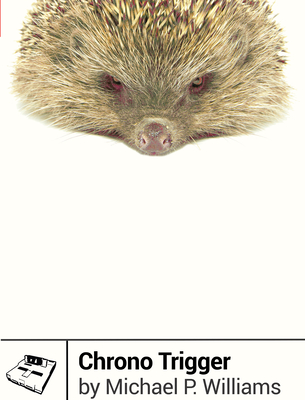 
Backordered
When Boss Fight Books first gave fans the chance to vote for the game they most want to read a book about, they chose the epic time travel RPG Chrono Trigger.

Featuring new interviews with translator Ted Woolsey and DS retranslator Tom Slattery, Michael P. Williams's book delves deep into connections between Crono's world and ours, including Chrono Trigger's take on institutions such as law and religion, how the game's heroes fit and defy genre conventions, and the maddening logical headaches inherent in any good time travel plot.

From the Magus dilemma to the courtroom scene, find out why many consider this game the high point in the entire role-playing genre in this in-depth examination of Chrono Trigger, a ton of fun and a true work of art.