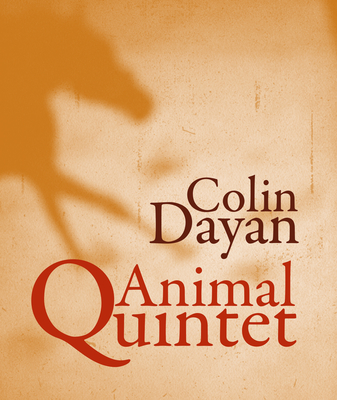 
Not On Our Shelves—Ships in 1-5 Days
Colin Dayan meditates on the connection between her personal and family history and her relationship with animals in this lyrical memoir about her upbringing in the South. Unraveling memories alongside family documents and photographs, Animal Quintet takes a raw look at racial tensions and relations in a region struggling to change while providing a disquieting picture of a childhood accessible only through accounts of the non-human, ranging from famed Southern war horses led by Civil War generals and doomed Spanish fighting bulls to the lowly possum hunted by generations of Southerners. Placing the reader in the mind's eye of a writer still grappling with her own mixed identity and unsettled past, the book is uniquely capable of transporting one's imagination across time and place, mirroring the natural behavior of remembrances with its feeling of dislocation and non-linear movement. Regional folk songs about old gray mares and possums hiding in trees intermingle with stories and confidences shared by the household's African-American nanny, enclosing the reader in a chorus composed of otherwise lost voices. Presented in a such a way that it simultaneously longs for the past and attempts to keep it at arm's length, Animal Quintet achieves a haunting, nostalgic quality rare to memoirs focused on ancestral and personal identity.