The Essene Gospel of Peace: The Complete 4 Books in One Volume (Paperback) 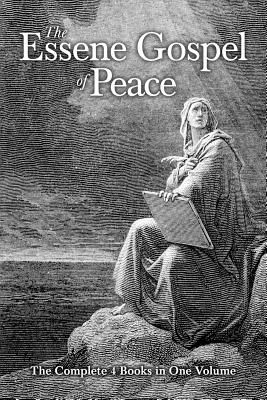 The Essene Gospel of Peace: The Complete 4 Books in One Volume (Paperback)

Edmond Bordeaux Szekely, grandson of Alexandre Szekely, eminent poet and Unitarian Bishop of Cluj, is a descendant of Csoma de Koros, Transylvanian traveler and philologist who, over 150 years ago, compiled the first grammar of the Tibetan language, the first English-Tibetan dictionary, and wrote his unsurpassed work, Asiatic Researches.He was also Librarian to the Royal Asiatic Society in India. Dr.Bordeaux earned his Ph. D. degree from the University of Paris, and other degrees from the Universities of Vienna and Leipzig.He also held professorships of Philosophy and Experimental Psychology at the University of Cluj. A well-known philologist in Sanscrit, Aramaic, Greek and Latin, Dr. Bordeaux spoke ten modern languages.In 1928, he founded the International Biogenic Society with Nobel Prize-winning author, Romain Rolland.His most important translations, in addition to selected texts from the Dead Sea Scrolls and the Essene Gospel of Peace over a million copies in 26 languages are selected texts from the Zend Avesta and from pre­ Columbian codices of ancient Mexico.His last works on the Essene Way of Biogenic Living have attracted worldwide interest.He is the author of more than 80 books published in many countries on philosophy and ancient cultures.