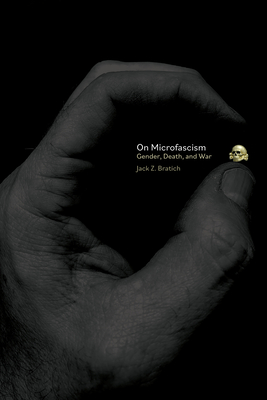 Rooted in an understanding of how the fascist body is constructed, we can develop the collective power to dismember it.

Fascist and reactionary populist forces have undeniably swelled in the US in recent years. To effectively counter fascist movements, we need to understand them beyond their most visible and public expressions. To do this, Jack Bratich asserts, we must dig deeper into the psyche and body that gives rise to fascist formations. There we will find microfascism, or the cultural ways in which a fascist understanding of the world is generated from the hatreds that suffuse everyday life.

By highlighting the misogyny at fascism's core, we are able to observe a key process in the formation of a fascist body. Recognizing the microfascism behind appeals to recover the past glory of white male subjects created by earlier foundational wars, we see how histories of settler colonialism, genocide, and domination are animating the deadly mission of fascism today. By focusing on the variety of ways the resurgent fascist tendency courts its own destruction (and demands the destruction of others), we can trace how fascism refines and expands the death and annihilation that underpins capitalist, colonial, and patriarchal systems.

On Microfascism are far-reaching and unsettling. Still, Bratich insists, the new fascism is not as powerful as its adherents wish us to believe. To defeat it, we must develop and defend a "micro-antifascism" grounded in the ethics of mutual aid and care in the everyday. Rooted in an understanding of how the fascist body is constructed, we can develop the collective power to dismember it.

Jack Z. Bratich is Associate Professor in the Journalism and Media Studies Department at Rutgers University. He is author of Conspiracy Panics: Political Rationality and Popular Culture and coeditor of Foucault, Cultural Studies, and Governmentality. He is also a zine librarian at ABC No Rio in New York City.