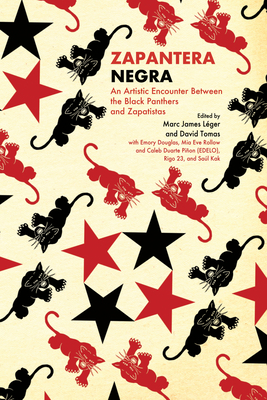 A powerful elixir of hope and determination, Zapantera Negra provides a galvanizing presentation of interviews, militant artwork, and original documents from two movements' struggle for dignity and liberation. When Emory Douglas, former Minister of Culture of the Black Panther Party, accepted an invitation from the art collective EDELO and Rigo 23 to meet with autonomous Indigenous and Zapatista communities in Chiapas, Mexico, they explored the role of revolutionary art in times of distress. Zapantera Negra is the result of their encounter. It unites the bold aesthetics, revolutionary dreams, and dignified declarations of two leading movements that redefine emancipatory politics in the twentieth and twenty-first century.

The artists of the Black Panthers and the Zapatistas were born into a centuries-long struggle against racial capitalism and colonialism, state repression and international war and plunder. Not only did these two movements offer the world an enduring image of freedom and dignified rebellion, they did so with rebellious style, putting culture and aesthetics at the forefront of political life.