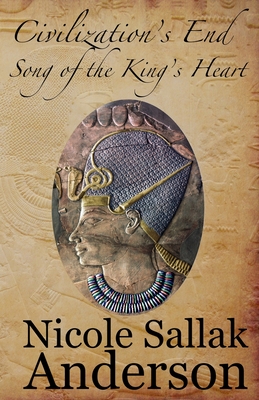 Driven apart by hatred, greed, and tragedy, the golden pair Prince Ankhmakis and the Priestess Natasa are now forced to face the darkness of their fates alone.

After a brutal betrayal from within Ankhmakis's own family, the distraught prince seizes the throne and is crowned Pharaoh Ankhwehenfer, while Natasa is forced to flee across the sea to a new land, with a new magic. Broken and truly alone for the first time since their bonding, their grief threatens to swallow them whole.

A stalemate is proposed, and as Egypt becomes two nations as in the days of old, a prosperous peace falls over the south. The prophecy has been shattered by the Golden Child's death, yet the royals and their subjects find a way to survive and create an Upper Egypt greater than Ptolemy's northern rule. Alliances with Nubia and Kush bring the promise of hope on the horizon. The next generation comes of age, and the old one passes on their knowledge so that the sins of the past won't be repeated in their future.

But evil lurks still. There are those both within the Pharaoh's court and without that would do anything to see the king fall. Ankhwenefer must confront the pain of the past in order to preserve the future for his sons, or his civilization will end.