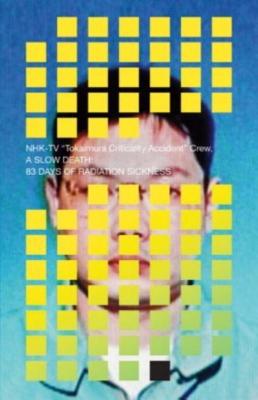 By NHK TV Crew (Compiled by)


Backordered
Japan's worst nuclear radiation accident took place at a uranium reprocessing facility in Tokaimura, northeast of Tokyo, on 30 September 1999. The direct cause of the accident was cited as the depositing of a uranyl nitrate solution—containing about 16.6 kg of uranium, which exceeded the critical mass—into a precipitation tank. Three workers were exposed to extreme doses of radiation.

Hiroshi Ouchi, one of these workers, was transferred to the University of Tokyo Hospital Emergency Room, three days after the accident. Dr. Maekawa and his staff initially thought that Ouchi looked relatively well for a person exposed to such radiation levels. He could talk, and only his right hand was a little swollen with redness. However, his condition gradually weakened as the radioactivity broke down the chromosomes in his cells.

The doctors were at a loss as to what to do. There were very few precedents and proven medical treatments for the victims of radiation poisoning. Less than 20 nuclear accidents had occurred in the world to that point, and most of those happened 30 years ago. This book documents the following 83 days of treatment until his passing, with detailed descriptions and explanations of the radiation poisoning.
NHK (Nippon Hoso Kyokai) or Japan Broadcasting Corporation is Japan's public broadcaster. This book is an original television documentary—under the same name—produced by NHK, which aired in May 2001. The documentary won the Gold Nymph Award—the highest award possible—at the 42nd Monte Carlo Television Festival in 2002.
“Stylistically resembling a fictional narrative, this grim chronicle of Ouchi’s deterioration demonstrates the humanity and pyschology of the medical profession in extreme situations. In that sense, it᾿s an interesting companion to [Osamu Tezuka’s] Black Jack manga. Think of it as such a nightmarish episode of House that as a result of watching it you resolve never to tune into the series again.”
—Firefox News

“Harnessing the atom’s energy can help, even save, mankind or lead to its destruction. This is the sad, cautionary tale of things gone awry, a noble effort by Japanese physicians to save Mr. Ouchi’s life and of our limited ability to deal with the consequences of mistakes in this arena.”
—Robert Peter Gale, M.D., Ph.D., D.Sc., F.A.C.P. (Hon),
UCLA Medical Center

“Radiation injuries are potentially complex, often involving a combination of different types of radiation energy. The Tokaimura accident reminds us of these complexities as well as the importance of accurate information flow from the site of the incident to the healthcare provideer in the hospital. New knowledge was gained regarding optimal management of acute radiation toxicity.”
—Nicholas Dainiak, M.D., F.A.C.P. Yale University School of Medicine
Chairman of Medicine, Bridgeport Hospital

"A brave account of corporate greed and scientific expertise"