The Islam in Islamic Terrorism: The Importance of Beliefs, Ideas, and Ideology (Paperback) 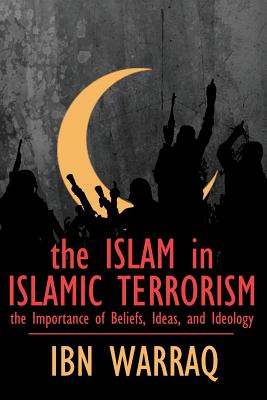 The Islam in Islamic Terrorism: The Importance of Beliefs, Ideas, and Ideology (Paperback)

Ibn Warraq addresses several misconceptions regarding the cause of Islamic terrorism. Many scholars refuse to take into account the beliefs of the terrorists, and many seem to think that Islamic terrorism has emerged only in the last forty years or so. Many analysts believe that the United States was targeted because of its foreign policy, while others opine that we have to dig out the root causes which are essentially socioeconomic, with poverty as the favorite explanation. Ibn Warraq, on the other hand, argues that we must take the beliefs of the jihadists seriously. The acts of ISIS or the Taliban or any other jihadist group are not random acts of violence by a mob of psychopathic, sexually frustrated, impoverished vandals, but carefully and strategically planned operations that are a part of a long campaign by educated, affluent Muslims who wish to bring about the establishment of an Islamic state based on the Shari a, the Islamic Holy Law derived from the Koran, the Sunna and the Hadith. Nor did Islamic terrorism emerge, ex nihilo, in the past forty years or so. From its foundation in the seventh century, violent movements have arisen seeking to revive true Islam, which its members felt had been neglected in Muslim societies, who were not living up to the ideals of the earliest Muslims. Thus, the answer to the cause of Islamic terrorism, according to Ibn Warraq, lies in Islamic theology (especially the concepts of jihad and Commanding Right and Forbidding Wrong), and Islamic history, both of which he examines closely. This is borne out by what the Islamists themselves tell us, hence Ibn Warraq's detailed examination of the writings of key Islamic thinkers of the past, such as Ibn Taymiyya, and modern activists, from Mawdudi to Khomeini.