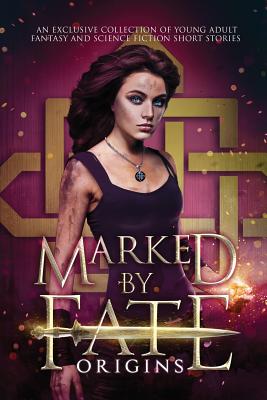 Transport yourself to other worlds with 15 Marked by Fate teen warriors...
...encounter shadows, queens, witches, and wizards who battle against immortals, angels, vampires, demons, genetically engineered soldiers, robots and gods. Let yourself be swept away by adventures in magical fantasy worlds, mind-blowing dystopian lands, space stations, galaxies, and alternate timelines.
The short stories and deleted scenes in Marked by Fate: Origins are exclusive to this collection and they go away--some of them forever--when the Marked by Fate full box set releases in October 2017.

Gain a glimpse of where the action begins, including a deeper look into some of your favorite characters Get the Marked by Fate: Origins collection today to join these teen warriors in their adventures.