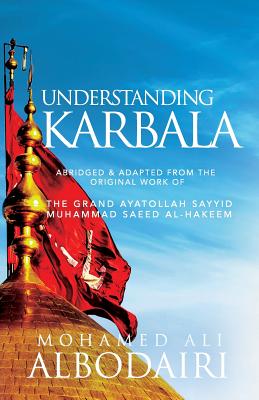 
Not On Our Shelves—Ships in 1-5 Days
(This book cannot be returned.)
"Surely, whoever follows me will be martyred. Whoever does not follow me will not witness the Triumph." These were some of Imam Hussain's last words before leaving Medina. He set out from Medina towards Kufa, and ultimately to Karbala, knowing the great sacrifice that he would make. He foretold of his fate and knew that his movement will only result in a crushing military defeat. But he also knew the great value - the great triumph - that was to be gained. He set out not to achieve any immediate results or short term goals. Rather, his movement was meant to build an eternal legacy and achieve lasting reform in the nation of his grandfather.But what and how did Imam Hussain reform the nation of his grandfather? Why did Imam Hussain sacrifice as he did? What was the context in which this sacrifice and tragedy took place? What was the role of the remainder of the Household of the Prophet before and after the tragedy? What was Imam Hussain's goal and how did he triumph despite the grand massacre?Understanding Karbala is an in depth historical and theological analysis that attempts to answer these far-reaching questions about Imam Hussain's movement. Based on the work of Grand Ayatollah Muhammad Saeed al-Hakeem, the book looks at the driving factors behind Imam Hussain's journey. It sets the theological framework for studying the movement of the Household of Prophet Muhammad, and then begins to analyze their choices as seen in their words and actions, as well as the historical context in which they operated.The book also looks at the great triumph Imam Hussain aimed for and was able to achieve through his movement. By studying the short and long term effects of the grand tragedy, the book sheds light on Imam Hussain's objectives and achievements, and how the remainder of the Household of the Prophet worked to preserve that triumph.