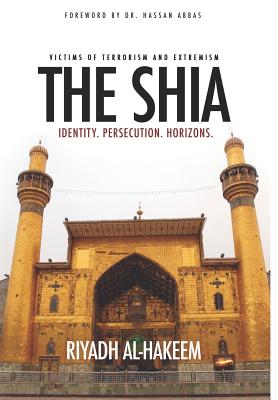 
Not On Our Shelves—Ships in 1-5 Days
"As the world grapples with religious extremism and consequent violence in the world of Islam, Sayyid Riyadh Al-Hakeem provides us a valuable opportunity to understand the political dynamics and theological debates within Islam. I had the privilege to have a long conversation with Sayyid in 2014 in Najaf focusing on the developments in the Muslim world. I was struck by his scholarly demeanor, thoughtful approach and creative thinking geared towards peaceful resolutions to the challenges faced by humanity today. "The Shia: Identity. Persecution. Horizons. is a penetrating historical account about Shia Muslims, enlightening us about their genesis, their struggles and most importantly their contribution to the Islamic faith. Unlike many similar efforts, this book is not a chronicle of Shia-Sunni rivalries. The book is more focused on what the author believes to be the essence and spirit of Islam. He intelligently differentiates between issues that are linked to Muslim identity and others that are more profound in terms of foundations of faith. Sayyid Al-Hakeem, an accomplished scholar and jurist, is not only well qualified to teach us about this subject but his access to the corridors of learning and education in the Holy City of Najaf makes him among the most ideal people to undertake this task. "This poignant and well-timed analysis of the Muslim dynamics brings great clarity to the complex series of events shaping the Muslim world today. It is a must read for both Muslim and non-Muslim audiences who are interested in understanding a Shia perspective that is written with the objective of pursuing inter-religious harmony and peaceful coexistence, encouraging tolerance and defeating sectarian agendas." Professor Hassan Abbas, author of 'The Taliban Revival: Violence and Extremism on the Pakistan-Afghanistan Frontier' (Yale University Press, 2014).