From the Prairie to the Pacific: A Blue Angel's Journey (Hardcover) 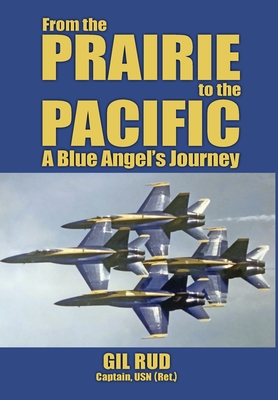 From the Prairie to the Pacific: A Blue Angel's Journey (Hardcover)

From the Prairie to the Pacific is the story of one man's journey from rural North Dakota to the cockpits of U.S. Navy jet fighters and ultimately Captain of a flagship aircraft carrier. Gil Rud flew combat missions over Vietnam in A-7 Corsair II aircraft before taking command of his own squadron. His success as a Naval aviator led to the ultimate reward - "Boss" of the world-famous Blue Angels aerobatic display team, overseeing their successful transition to the F/A-18 Hornet. Gil Rud reflects on his experiences and emotions as a husband and father as well as a pilot and an "officer and a gentleman." His stories of triumph and tragedy, from nights on the flight deck to nights on the town and the loss of close friends, reveal deep feelings, great insight and a wonderful sense of humor, as well as meticulous attention to detail.