Victorian Confederate Poetry: The Southern Cause in Verse, 1861-1901 (Paperback) 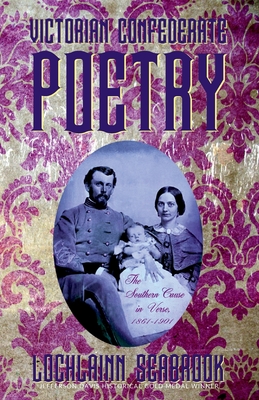 Victorian Confederate Poetry: The Southern Cause in Verse, 1861-1901 (Paperback)

When the winners of the American Civil War, Liberal Yankees, discarded the facts and completely rewrote its narrative in order to conceal the constitutionality of secession, one of the most crucial features of the Confederacy was lost to history: the record of the national spirit of the Southern people shortly before, during, and after the conflict. This sentiment, which described the emotional impetus behind Dixie's war efforts, was vigorously chronicled by Southern poets, who penned a massive corpus of poignant Confederate verse that, tragically, seemed to vanish after the turn of the Twentieth Century. We have been much poorer for its disappearance.

The moving heartfelt words of these celebrated bards, as well as many other lesser known poets, expose and utterly demolish the countless Yankee myths, Liberal lies, and Northern fictions that were invented to shame the South, silence critics, and bury the facts surrounding the world's most misunderstood war. Read this book and discover the Truth for yourself. Find out why the South seceded, why she fought, why she was ready to sacrifice everything for the principle of constitutional conservatism - in the actual words of those who lived through it. Heavily illustrated with authentic 19th-Century images, along with detailed notes and a comprehensive bibliography, Victorian Confederate Poetry is a significant contribution to Southern and Confederate literature, one that is destined to become an American classic. Available in paperback and hardcover.

Colonel Seabrook's other works include: Abraham Lincoln Was a Liberal, Jefferson Davis Was a Conservative; Lincoln's War: The Real Cause, the Real Winner, the Real Loser; All We Ask is to be Let Alone: The Southern Secession Fact Book; The Unholy Crusade: Lincoln's Legacy of Destruction in the American South; The Great Yankee Coverup: What the North Doesn't Want You to Know About Lincoln's War; Confederacy 101: Amazing Facts You Never Knew About America's Oldest Political Tradition; Confederate Flag Facts: What Every American Should Know About Dixie's Southern Cross; Women in Gray: A Tribute to the Ladies Who Supported the Southern Confederacy; Everything You Were Taught About American Slavery is Wrong, Ask a Southerner ; Abraham Lincoln: The Southern View; The Constitution of the Confederate States of America Explained; The Bittersweet Bond: Race Relations in the Old South as Described by White and Black Southerners; Rise Up and Call Them Blessed: Victorian Tributes to the Confederate Soldier, 1861-1901.