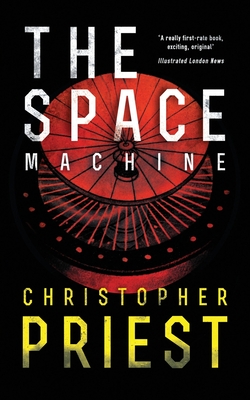 
Not On Our Shelves—Ships in 1-5 Days
(This book cannot be returned.)
When a young Victorian couple inadvertently tamper with Sir William Reynolds's latest invention, a time-space machine, they find themselves flung not only into the future but also across the void of space. Now, trapped on an alien world with a landscape of weird vegetation and overseen by giant, long-legged machines operated by gruesome octopus-like creatures, they must find a way to survive. And when they learn that the monsters are plotting an invasion of Earth, can they find a way to return home and save the planet? Written as a tribute to H.G. Wells and drawing on elements of his celebrated novels The Time Machine and The War of the Worlds, Christopher Priest's The Space Machine (1976) is a thrilling adventure that ranks among his most enjoyable works. "This is an astonishing change of pace for Mr. Priest, and one which extends his powers in ways which reveal him as one of the best and most persuasive young British writers." - The Times (London) "First rate ... science fiction at its best " - Los Angeles Herald-Examiner "A novel that is unusual for its kind, a science fiction story with recognizable characters and a sense of style, atmosphere and humour. Imaginative and full of amusing curiosities." - Sunday Express