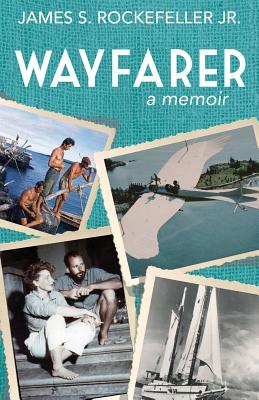 
Special Order—Subject to Availability
A moving memoir of a famed American family scion, including his love story with a famed American children's writer and global adventures in love, loss, and fortune. In this vividly wrought memoir, author James S. Rockefeller Jr. recalls the moments and milestones in his long, adventurous life. From his old-fashioned childhood--filled with characters and wildlife--as a grandson of William G. Rockefeller and Sarah Elsie Stillman, to expeditions as a young man on his Indian motorcycle and his sailboat, Mandalay, to the fateful evening on Cumberland Island, Georgia, when his heart was stolen by the luminous author Margaret Wise Brown, Rockefeller recounts his youth with wit and clarity. As he matures, his adventurous spirit takes him from Maine to Tahiti to Norway and back again. Throughout his travels, he embraces deep loss and wondrous turns of fortune, including danger, love, death, marriage, fatherhood, and--always--an enduring passion for planes, boats, and engines--a passion that leads him to establish the Owls Head Transportation Museum. A brilliant storyteller, Rockefeller writes the remembrance of a time gone by with the perspective of a 20th-century wayfarer; a voyager on the seas of time. His memoir stands as a moment between the old and what was to come and reveals with perspicacity and humor what he calls this slender crack of time.
James S. Rockefeller Jr. was born in 1926 and raised in Greenwich, Conn., and served in the Army Air Corp during World War II. A graduate of Yale University, he spent his youth traveling and exploring until settling down in Maine. His book about his travels in the Pacific, Man on His Island, was published in 1957 by W.W. Norton. He is a cofounder of the Owls Head Transportation Museum and was its chairman until 2017. Rockefeller built boats for 20 years at the Bald Mountain Boat Works, where he also restored a 1912 Etrich Taube replica airplane. He stopped flying at the age of ninety, after clocking more than 2,000 hours in the air. Rockefeller has two children, Liv and Ola, with former wife Liv Heyerdahl, now deceased. He married Marilyn Moss in 1983. The couple resides in Camden, Maine.