The Blackfish Prophecy (Terra Incognita and the Great Transition #1) (Paperback) 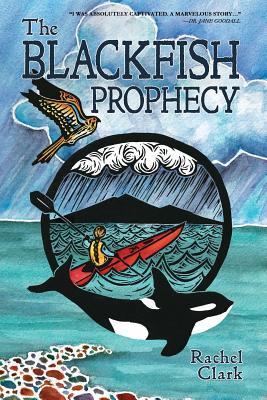 The Blackfish Prophecy (Terra Incognita and the Great Transition #1) (Paperback)

Best friends Terra and Tiluk live alongside the wild orcas of Washington State. On the other side of the continent, Miles wallows in anger and self-pity fueled by his parents' divorce. In a moment of harrowing fate, their lives converge when Miles witnesses a captive orca brutally kill his trainer at a marine amusement park.

When Miles contacts Terra and her family of whale biologists to better understand the "killer" whale, the three teens soon realize they are more linked to each other - and the whales - than they ever imagined. Driven by a primal urge to connect with the highly-evolved consciousness of the orca, the teens take extraordinary risks to challenge big business and renew lost traditions.

Their journey is set to restore an ancient mystical bond between humans and whales that ultimately reveals The Blackfish Prophecy...a revelation about Terra - and those like her - that's about to change everything.