This Sword For Hire (Paperback) 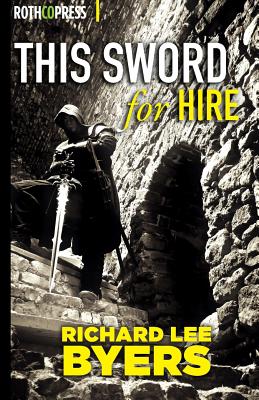 This Sword For Hire (Paperback)

After a youth spent as a wandering mercenary, the swordsman called Selden sets up shop as a fencing master in Balathex, also known as the Whispering City, partly for the murmur of its many fountains and partly for its penchant for conspiracy and double-dealing. When short of funds, he practices his old trade on the side and lands in situations stranger and deadlier than any he ever encountered in war.

In this first collection of his adventures, he discovers the problems that result when trolls resort to witchcraft to conceive a child, hunts a creature made of living fire, and strives to end the feud between two aristocratic families. He also faces a rival fencing master whose dueling prot g's never lose, explores a demon-haunted mirror world, and tries to solve a murder at a convocation of bards, all of it with only his fighting prowess, quick wits, and a dry sense of humor to see him through.