The Crossroads at Midnight (Paperback) 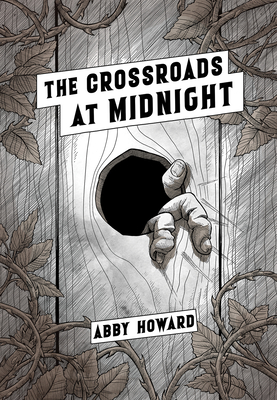 The Crossroads at Midnight (Paperback)

Winner of the 2021 Ignatz Award for Outstanding Collection

A masterful collection of tales from the faded border between our day-to-day world and the horrifying unknown on the other side of midnight.

An old woman living alone on the edge of a bog gets an unexpected -- and unsettling -- visitor, throwing her quiet life into a long-buried mystery. An isolated backwoods family stumbles into good fortune for a time with a monstrous discovery in the lake behind their house, but that time is running short. And a misfit little girl, struggling to make friends, meets an understanding soul one day at the beach: but why will he only play with her alone at night? All these lonely souls -- and more -- have reached out into the darkness, not knowing what they might find.

Around the dark edges of reality lurk unknown beings with unknowable intentions -- ordinary objects can become cursed possessions, entities who seem like friends can become monstrous, and those who seem monstrous can become the truest companions. In this collection of evocative, unnerving slice-of-life horror, five stories explore what happens when one is desperate enough to seek solace in the unnatural, and what might be waiting for us at the Crossroads at Midnight.

Abby Howard is a cartoonist whose interests include dinosaurs, horror, and Spoons, her beautiful cat. She's been drawing comics since first discovering there was such a thing, eventually putting them online and gaining a following that led to a full-time cartooning career. She's the creator of the self-published humor comic, Junior Scientist Power Hour, the gothic adventure The Last Halloween, the horror collection The Crossroads at Midnight (both from Iron Circus Comics), and the Earth Before Us series from Amulet, a three-book educational series about ancient beasts.