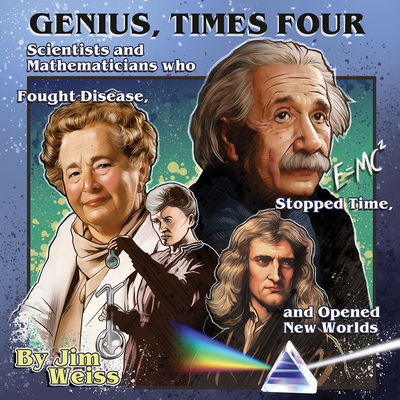 This is book number 68 in the The Jim Weiss Audio Collection series.

In this new audiobook, acclaimed storyteller Jim Weiss introduces preteen listeners to the lives, struggles, and discoveries of four scientists and mathematicians who changed our world.

Students will learn the stories behind the science of famous figures Marie Curie, Isaac Newton, and Albert Einstein, whose work won wars, changed history, and opened up new worlds of learning, as well as the lesser-known pioneer biochemist Gertrude Elion, whose medical breakthroughs saved thousands of lives.