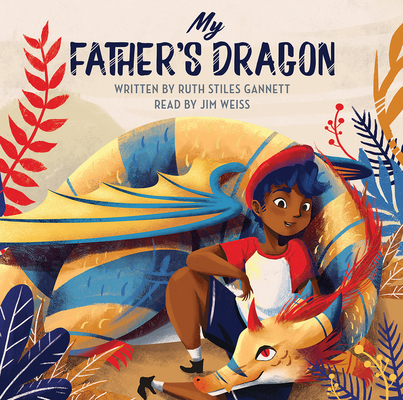 This is book number 69 in the The Jim Weiss Audio Collection series.

Young Elmer Elevator must use all his resourcefulness and cleverness (along with a little bit of chewing gum) to survive a journey to the mysterious Wild Island, where he aims to rescue an enslaved dragon. Jim Weiss’s endless variety of voices depict the crocodiles, warthogs, tigers, warthogs, and other colorful creatures whom Elmer meets along the way.