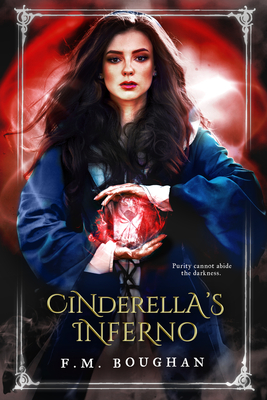 
Special Order—Subject to Availability
It’s been two years since Ellison defeated her stepsisters and sent her evil stepmother back into the Abyss. Though she’s learning to control her dark magic and has spent time traveling with Prince William and bringing peace to the kingdom, one fact remains. She is a necromancer and he is a paladin of light. And so, the king refuses to give his blessing for them to marry. To appease his father, William has begun to avoid her. But when even her younger brother Edward grows distant, Ellison learns her mother’s spirit has been visiting Edward in secret, threatening to overwhelm him with her own loneliness and longing. When Ellison accidently touches her mother’s spirit, her tainted touch condemns her mother’s spirit to eternal damnation. Ellison resolves to descend into hell to save her mother’s soul and bring her physical body back to the world of the living. William hopes this good deed will bring Ellison into favor and finally allow them to be wed. But the journey through hell is fraught with peril. Temptations abound and the demons Ellison sent back to the Abyss are thirsty for revenge.
F.M. Boughan is a bibliophile, a writer, and an unabashed parrot enthusiast. Her work is somewhat dark, somewhat violent, somewhat hopeful, and always contains a hint of magic. She is the author of Cinderella Necromancer. She lives in Toronto.
"Boughan weaves a tale so mysterious and magical, harrowing and hopeful, with such deliciously dark villains, readers almost forget this is a retelling rather than a story of original beginnings."  —Kirkus Reviews on Cinderella Necromancer