One Shot: A Story of Bullying (Zuiker Teen Topics) (Hardcover) 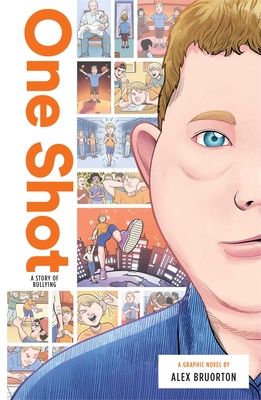 One Shot: A Story of Bullying (Zuiker Teen Topics) (Hardcover)


Special Order—Subject to Availability
“I am known as ‘One Shot,’ because I have just one shot to save any kids who may be going through what I go through every day . . .”

Born with a deforming disease known as CLOVES syndrome, Alex Bruorton has learned to deflect the hurtful comments slung his way and focus on the beautiful, brave person he truly is.

From birth, his illness, which causes severe overgrowth in his face, was painfully evident. He has endured twenty-five surgeries to correct the growths, but nothing lasts for long. At a very young age, he realized he had to accept his face as it is. Fortunately, his family’s fierce love and protection have been constant and impenetrable. But it’s almost impossible to totally shield a child from bullying. Alex went to school, suffered horrible attacks, and returned home, hiding his fear and anger.

Gradually, his family found a way to help him help himself. They enlisted the help of a therapist who showed Alex how to declare a truce on his war with the outside world and learn to open up and talk—about himself, about life, about pain, and about joy.

Today, Alex has friends, is an avid fisherman, and loves his life. Any bullies who come his way are quickly disarmed by his honest, integrity, and humanity.

His story will inspire kids and parents alike.
Zuiker Press is proud to publish stories about important current topics for kids and adolescents, written by their peers, that will help them cope with the challenges they face in today’s troubled world.
Alex Bruorton grew up in Sherwood, Arkansas, and now lives on the coast of Alabama with his mom and dad. He spends summers in Arkansas with his grandparents. Alex loves to fish and dreams of being a professional angler when he grows up. He attends middle school where he works hard and excels in all of his subjects. He recently finished three years of school in just two! At eight years old, Alex was diagnosed with CLOVES syndrome, a very rare condition that causes overgrowth of tissue and malformations of the face or limbs. He has become an anti-bullying activist, reaching out to help others who are subjected to cruelty because they look different.

Michelle and Anthony E. Zuiker are the Founders of Zuiker Press. The husband and wife couple develop and publish "real" stories of young people suffering from issues that affect children every day. Mrs. Zuiker is an 18-year educator from Las Vegas, Nevada. Mr. Zuiker is well known as the Creator/Executive of CSI: Crime Scene Investigation, the most popular franchise on CBS television and the most successful TV show is global history.