This Thing Called the Future (Paperback) 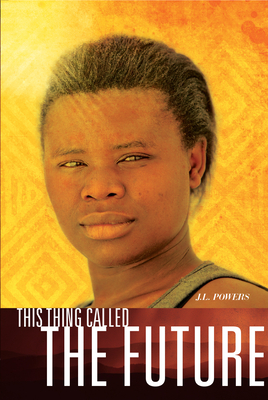 This Thing Called the Future (Paperback)

AIDS and South Africa. Khosi, a 14-year-old girl, yearns for this thing called the future. Does she want too much?

Khosi lives with her beloved grandmother Gogo, her little sister Zi, and her weekend mother in a matchbox house on the outskirts of Pietermaritzburg, South Africa. In that shantytown, it seems like somebody is dying all the time. Billboards everywhere warn of the disease of the day. Her Gogo goes to a traditional healer when there is trouble, but her mother, who works in another city and is wasting away before their eyes, refuses even to go to the doctor. She is afraid and Khosi doesn't know what it is that makes the blood come up from her choking lungs. Witchcraft? A curse? AIDS? Can Khosi take her to the doctor? Gogo asks. No, says Mama, Khosi must stay in school. Only education will save Khosi and Zi from the poverty and ignorance of the old Zulu ways.

School, though, is not bad. There is a boy her own age there, Little Man Ncobo, and she loves the color of his skin, so much darker than her own, and his blue-black lips, but he mocks her when a witch's curse, her mother's wasting sorrow, and a neighbor's accusations send her and Gogo scrambling off to the sangoma's hut in search of a healing potion.

J.L. Powers is a novelist and scholar. Her recent novel This Thing Called the Future is a coming of age story set in post-Apartheid South Africa. Her previous anthology was Labor Pains and Birth Stories. She holds master's degrees in African History from State University of New York-Albany and Stanford University, won a Fulbright-Hayes to study Zulu in South Africa, and served as a visiting scholar in Stanford's African Studies Department in 2008 and 2009. She lives in San Francisco's Bay area.