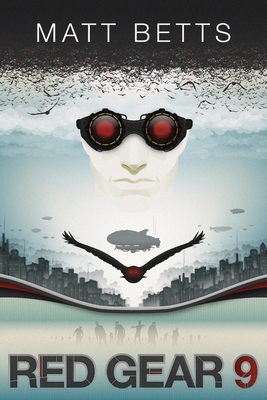 
Not On Our Shelves—Ships in 1-5 Days
(This book cannot be returned.)
A daring prison break at Alcatraz Island sets Reeves, a former Confederate spy, on a path that can either lead him to freedom or back into war. As he and his fellow escapees struggle to make their way in a frightening new world full of airships, truces, and hordes of living dead, he finds the Office of Military Operations doggedly pursuing them. Reeves manages to stay just ahead of his pursuers thanks to his training, determination, and blind luck.
Red Gear 9 picks up mere months after the events of the first book, Odd Men Out. The airship Polk is still flying and the OMO is still determined to keep the peace along the West Coast of the United States. Three of their best officers, Cyrus, Bethy, and Lucinda race to stop the convicts before the criminals either disappear into the vast reaches of the two Americas, or they decide to burn everything down.