Writing the Big Book: The Creation of A.A. (Hardcover) 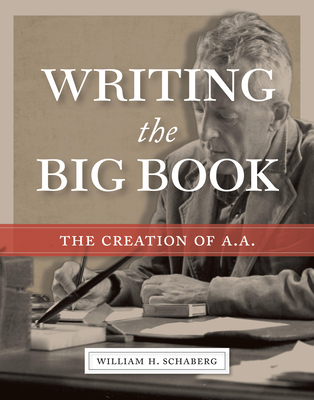 Writing the Big Book: The Creation of A.A. (Hardcover)

The definitive history of writing and producing theBig Book of Alcoholics Anonymous, told through extensive access to the group's archives.

Alcoholics Anonymous is arguably the most significant self-help book published in the twentieth century. Released in 1939, the "Big Book," as it's commonly known, has sold an estimated 37 million copies, been translated into seventy languages, and spawned numerous recovery communities around the world while remaining a vibrant plan for recovery from addiction in all its forms for millions of people. While there are many books about A.A. history, most rely on anecdotal stories told well after the fact by Bill Wilson and other early members--accounts that have proved to be woefully inaccurate at times. Writing the Big Book brings exhaustive research, academic discipline, and informed insight to the subject not seen since Ernest Kurtz's Not-God, published forty years ago.

Focusing primarily on the eighteen months from October 1937, when a book was first proposed, and April 1939 when Alcoholics Anonymous was published, Schaberg's history is based on eleven years of research into the wealth of 1930s documents currently preserved in several A.A. archives. Woven together into an exciting narrative, these real-time documents tell an almost week-by-week story of how the book was created, providing more than a few unexpected turns and surprising departures from the hallowed stories that have been so widely circulated about early A.A. history.

Fast-paced, engaging, and contrary, Writing the Big Book presents a vivid picture of how early A.A. operated and grew and reveals many previously unreported details about the colorful cast of characters who were responsible for making that group so successful.

William H. Schaberg is a scholar and rare book dealer based in Fairfield, Connecticut. His interest in the history of ideas led him to amass a large collection of first edition philosophy texts and inspired his first scholarly work, The Nietzsche Canon: A Publication History and Bibliography (University of Chicago Press, 1995). Schaberg has delivered lectures on Nietzsche, William James, and other philosophers with his mentor King Dykeman at his alma mater, Fairfield University. He has served in the United States Air Force and ran a family printing business for over thirty years before retiring to commit more energy to his bookselling business, Athena Rare Books. Schaberg's scholarly investigation into the authorship of Alcoholics Anonymous was an eleven-year project that, like his Nietzsche book, began with bibliographical confusion over the text's prepublication history and culminated in an unprecedented chronology of the "Big Book" origins.