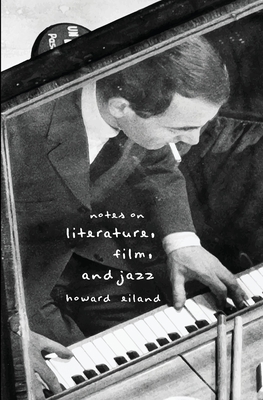 Howard Eiland's Notes on Literature, Film, and Jazz is a highly erudite and courageous inquiry into the arts. It addresses a dissident force in art while discussing an impressively diverse range of works and ideas in literature, film, and jazz. For instance: Shakespeare, Cervantes, and Jane Austen mix with Dickens and Kafka; Carl Dreyer intersects with Mizoguchi, Bresson, Lynch, and Madden; Eric Dolphy and Cecil Taylor process Schoenberg, Berg, and Webern. In a quasi-musical way, Notes interweaves elements within and between works--elements that open onto the unknown in an utterly questioning and self-questioning way. Eiland's eloquent writing itself exemplifies this "aesthetic," if it may be called that; the writing is enthralling in its capacity to challenge both the works examined and those who would assess them. Notes focuses on those energies in art that enact image spaces and spatiotemporal alterations in which life is never quite what it seems to be. This extraordinarily original book will interest all concerned with broad implications of developments in literature, film, and jazz.
Brendan Moran