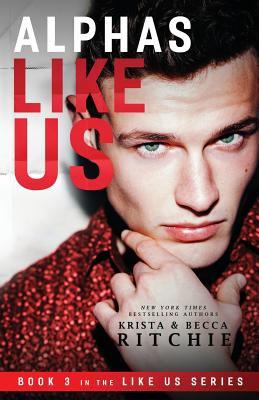 His Bodyguard. His Love.

Maverick, know-it-all bodyguard Farrow Keene knows publicly dating American royalty comes with a great cost. Everyone wants a piece of their relationship. And as a protective boyfriend, he's not here for the malicious hands that grab at their love life and seek to rip them apart.

But Farrow is confident -- he's confident that he could've never prepared for the storm to come.

Maximoff Hale isn't a big fan of change. And to regain the charity CEO position he lost, he agrees to a task that he's always rejected. One that could uproot his unconventional world.

But Maximoff is afraid -- he's afraid of the consequences that could destroy his boyfriend and his family.

Changes are on the horizon.
Big.
Messy.
Complicated.
Changes.

Maximoff & Farrow will fight for their forever. And with every breath, they promise that their love story won't end here.


​​The Like Us series is a true series, one continuous timeline, that follows a family of wealthy celebrities and the people that protect them. You must read Books 1 and 2 before reading Alphas Like Us.