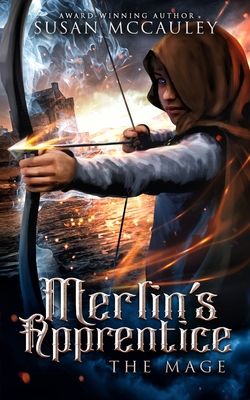 Twelve-year-old Pip must embrace his magical powers to rescue his family from slavery-or help the king save the realm-a decision that will tear his world apart.

Desperate to keep his family together when the slavers arrive, Pip hides his power so he can be sold with them. But when his father and brother are sold to different mages and the slavers attempt to separate his mother and sister, Pip loses control and injures a slaver with magic. The uproar catches the attention of the southern king's druid advisor, Merlin, who quickly offers a place to Pip, his sister, and his mother. On the road to King Arthur's court, bandits attack their camp, and his family is further torn apart. Pip has no choice but to work with Merlin-who may not be the evil mage Pip assumes him to be-to learn to harness his powers so he can help King Arthur stop Mordred. Only then might Pip have a chance to rid the world of slavery or to see his family together again.