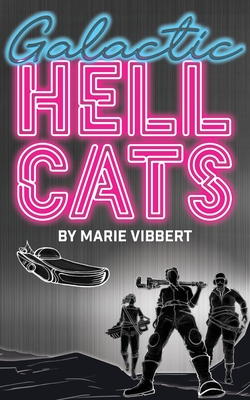 Ki is a petty thief. Her best friend wills her his solo-flyer-call it a space motorcycle: temperamental, fast as hell, and expensive to maintain. Any reasonable person would sell it to get off the street, but Ki isn't reasonable.

Margot is a military vet at loose ends. She blows her entire back pay on a solo-flyer, a decision she instantly regrets but can't bring herself to undo. Margot meets Ki and thinks she's the sympathetic friend she needs when she feels most alone. Ki thinks Margot is an easy mark for food money. They're both right, but lunch leads to a joy ride to planet Ratana, where Margot is arrested by border control.

Ki enlists Ratanese local Zuleikah, a bored rich girl who can think of no stupider, and therefore better, way to spend her time than busting someone out of jail. Together they rescue Margot, but find themselves trapped on a hostile planet on the cusp of civil war.

When Zuleikah convinces them that their best bet for escape is to kidnap-er, rescue-Prince Thane from his dreary role in the crumbling monarchy, it results in a chase across the desert and into the farthest reaches of the universe.

If they can learn to trust each other, and if the repo men, cops, and three different galactic governments don't catch them, the Galactic Hellcats might just use their solo-fliers to carve a place for themselves among the stars.