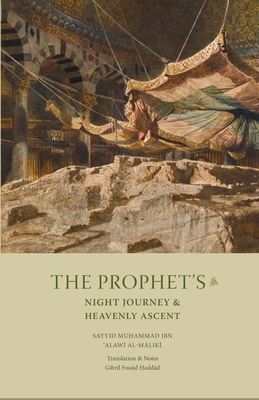 Shaykh Muhammad 'Alawi al-Maliki delivers an absorbing account of the Isra' wal-Mi'raj that brings the reader almost into the story. Indeed it is a detailed narrative spiced with a simple commentary that attempts to reconcile various accounts or reports of the event that transpired. This provides a comprehensive reading that takes the reader on an experiential ride to feel the magic of Rasulullah's journey. In short, it is very inspiring; exhilarating to the spiritual core. Praise be to Allah Who chose His praiseworth servant Muhammad (saw) for the Message, distinguished him with the night journey on the lightening-mount Buraq, and caused him to ascend the ladders of perfection to the high heavens to show him of the greatest signs of his Lord. He raised him until he reached the Lote-tree of the Farthest Boundary where ends the science of every Messenger-Prophet and every Angel Brought Near, where lies the Garden of Retreat, to the point that he heard the sound of the pens that write what has befallen and what is to befall.