Ballad of the Beanstalk (Paperback) 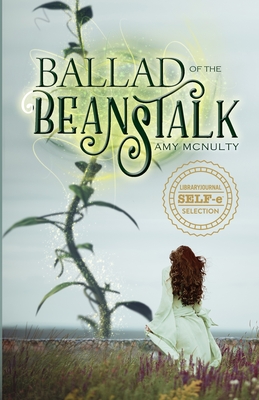 Ballad of the Beanstalk (Paperback)

As her fingers move across the strings of her family's heirloom harp, sixteen-year-old Clarion can forget. She doesn't dwell on the recent passing of her beloved father or the fact that her mother has just sold everything they owned, including that very same instrument that gives Clarion life. She doesn't think about how her friends treat her like a feeble, brittle thing to be protected. She doesn't worry about how to tell the elegant Elena, her best friend and first love, that she doesn't want to be her sweetheart anymore. She becomes the melody and loses herself in the song.

When Mack, a lord's dashing young son, rides into town so his father and Elena's can arrange a marriage between the two youth, Clarion finds herself falling in love with a boy for the first time. Drawn to Clarion's music, Mack puts Clarion and Elena's relationship to the test, but he soon vanishes by climbing up a giant beanstalk that only Clarion has seen. When even the town witch won't help, Clarion is determined to rescue Mack herself and prove once and for all that she doesn't need protecting. But while she fancied herself a savior, she couldn't have imagined the enormous world of danger that awaits her in the kingdom of the clouds.

A prequel to the fairy tale Jack and the Beanstalk that reveals the true story behind the magical singing harp.