A Light On A Hill (Hardcover) 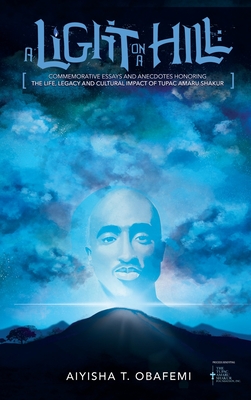 A Light On A Hill (Hardcover)

Tupac Amaru Shakur, is unquestionably hailed as one of the most influential rappers of all time. Known to many by his stage names 2pac and Makaveli, his contributions to the entertainment industry and the world as a songwriter and actor consciously shaped the destiny of scores of generations through his unapologetic activism and efforts to shed light against a backdrop of an America in search of justice for all.

Born June 16, 1971, in East Harlem, New York, NY as the son of Black Panthers, Tupac's destiny was to challenge societal norms that far too often justified inequality and systemic oppression.

Through an offering of poignant, unabridged, stories and anecdotes, A Light On A Hill is an unyielding compilation told through the eyes of a vast array of cultural icons and influencers who recognized the heroism in documenting divine wisdom and insight imparted by Tupac prior to his untimely passing.