Ricky's Dream Trip to the Ancient Worlds of Egypt, Greece and Rome: Three Ricky Adventures in One (Hardcover) 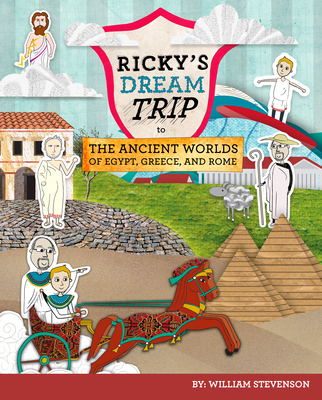 Ricky's Dream Trip to the Ancient Worlds of Egypt, Greece and Rome: Three Ricky Adventures in One (Hardcover)


Not On Our Shelves—Ships in 1-5 Days
William Stevenson is president of National Tax Consultants, Inc. (a tax preparation and taxpayer representation firm for individuals and businesses). Bill is an Enrolled Agent, a Certified Financial Planner, and earned a Doctorate in Education from Temple University in Educational Administration. Bill is also the author of a series of six children's books that are available from Micro Publishing Media, in print and ebook format. The central theme in all the titles is RICKY'S DREAM TRIP. In March, 2013, RICKY'S DREAM TRIP TO ANCIENT EGYPT, the third book in the series was awarded the prestigious Readers' Choice Award from Grandparents.about.com, a national online magazine devoted to grand parenting. In February, 2016, RICKY'S DREAM TRIP TO COLONIAL AMERICA was translated into Spanish. Finally, LOVE WHEN YOU LEAST EXPECT IT, a book of poetry transcending Dr. Stevenson's life from college years to the current time was published in February, 2017.