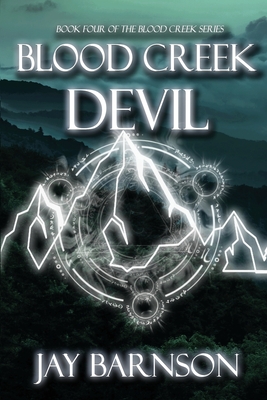 The fiendish Man in the White Suit continues his centuries-old plan to dominate both Earth and the world Around the Bend, but he now holds a personal grudge against those who have set back his plans. Jenny and her companions, now trapped in a parallel version of Appalachia, desperately seek a way to defeat their immortal, seemingly invincible enemy.

With opponents on both sides of the Crossroads between worlds, Jenny, Jack, Sean, and Jessabelle must delve into ancient mysteries lost to the surviving Wardens and spy on the current actions of the dangerous Coven. Their quest even takes them to the brutal void between worlds, and will demand sacrifices that would have been unimaginable in their quiet modern-day lives only a few months before.

The final battle against the Man in the White Suit and his forces is joined in Blood Creek Devil, the fourth and final chapter of the Blood Creek saga.