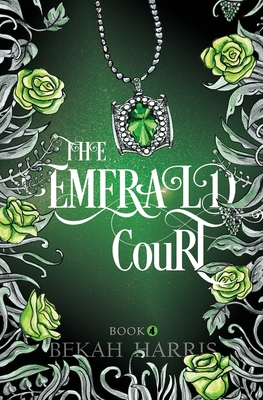 Following a deadly Game of Shadows, Felicity Hawthorne is officially the Crown Princess of Seelie, poised to rule an entire realm after her father abdicates the throne. Now that King Barrett's "Lost Emerald" has returned, her new allies rally around her to smooth out all her rough edges and make her into a queen--only Felicity has no desire to be tamed.

Besides, Felicity's rough edges might come in handy, considering her brother, Prince Dillon, is still out there, plotting a vengeance that will rock the Seelie Realm forever.

With Tristen by her side, Felicity is confident she can face any obstacle and defeat any enemy, but when a dark prediction from the Magi threatens Tristen's very soul, Felicity stands to lose the love she believed would sustain her. With the fates against them, Felicity and Tristen must face their darkest fears, as Dillon aligns himself with the darkest forces the realm has ever known.

As her brother raises his dark army against the Faerie world, Felicity must abandon the ones she loves most to save the Fae she was born to lead. With Tristen's life hanging in the balance, will her sacrifice be enough? Or will Tristen's soul be the price to save her people?