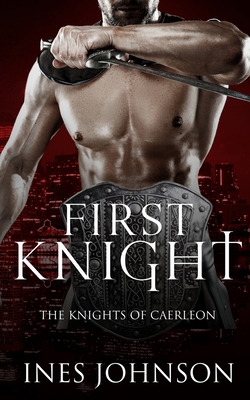 King Arthur has never been hotter in this steamy, magical, modern-day adventure of witches, wizards, and Bunsen burners

As the Lord of Camelot, it is Arthur's responsibility to protect the witches, wizards, and knights in the castle. But one witch in particular gets under his skin like no other. Morgan never listens, is difficult to control, and impossible to keep off his mind. With pressure mounting for him to take a wife, he sets his sights on a suitable Lady of the Castle. Someone agreeable, demure, and sophisticated. Definitely not a hot-headed scientist who always insists on getting her own way.

Once upon a time, Morgan's powerful intellect was rivaled only by the strength of her magic. But now that her powers have been ripped away, she's determined to follow her dream of joining a physics research team at the local university. Too bad Camelot is on lock down and the impossible leader of the Round Table is dead set on bringing back the dark ages where witches are concerned. Morgan refuses to bow to the outdated beliefs of her people-she's a modern woman and won't be ruled by a man, even if he is sexy and scruffy and good with his sword.

When Arthur and Morgan are forced to reevaluate their feelings for one another, will they continue the fabled rivalry of their namesake ancestors? Or will this noble knight and liberated witch discover a happy ending to their age old story?

First Knight is the first in a series of modern day retellings of the myths and lore of Camelot. If you like fierce knights who would lay down their lives for their brothers and lose their hearts for their women, then you'll love the Knights of Caerleon.