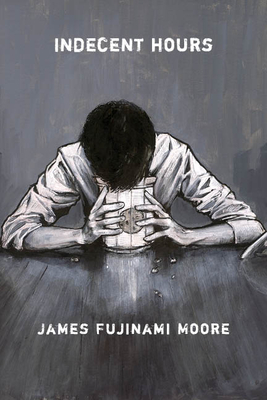 For award-winning poet James Fujinami Moore, the past is never past. In this brutal debut, sensual, political, and imagined worlds collide, tracing a history of diaspora and trauma that asks: what do we do in the aftermath of violence, and why do we long to inflict it? From Vegas boxing rings and the restless sands of Manzanar to the scrolling horrors of a Facebook feed, Moore’s poems trace over intimate details with surprising humor, fierce eroticism, and a restless eye.

James Fujinami Moore’s work has appeared in Barrow Street’s 4x2, The Brooklyn Rail, Guesthouse, The Margins, the Pacifica Literary Review, and Prelude. He has received support from Poets House, Bread Loaf, and the Frost Place, and received his MFA from Hunter College in 2016. He lives in Los Angeles.

“James Fujinami Moore’s debut poetry collection reminds us that America is not a Promised Land but a mutable place we inhabit. It is a country shaped by lust and heartbreak, parental pride and discomfort, nebulous mythologies, and large and small acts of violence born of boredom, of boyhoods, of unchecked power, of stereotypes and racial slurs. The book’s great energy resides in Moore’s willingness to ask: How has America shaped the people it never vowed to love and protect? How heavy the memories lying by at night? At once witty and weary and always with an eye on the animal kingdom and the natural world, Moore’s collection will rattle you with its close examinations and indecent answers, with its refusal to look away.”
—Yona Harvey

“James Fujinami Moore’s poems possess the uncanny capacity to be at once unsettled and unnervingly lucid. It is this particular power that fuels his searing investigations—into the intimate relationships between representation and violence, into how families and countries take shape around those who are missing. Moore’s poems are urgent, achingly searching, unflinching. Here is a poet who moves as he needs to— flipping foreground and background, rewinding and replaying, refusing the distortions of fear.”
—Mary Szybist

"James Fujinami Moore’s powerful poems keep intimacy active in their measure and perspectives, working through a wide range of public and private histories. They close in and zoom out with an intensity of tonal scale, one that binds an elegance steeped in experience with all the irreducible cuts and marks the poems invoke and depict. Those cuts and marks may be rendered with a surrealist’s touch or a realist’s blunt recall, as needed, and with a precise understanding of the various physical and emotive overlapping roles the glimpse, the conversation, the story, the touch, and the brawl each retain. indecent hours is a terrific book."
—Anselm Berrigan