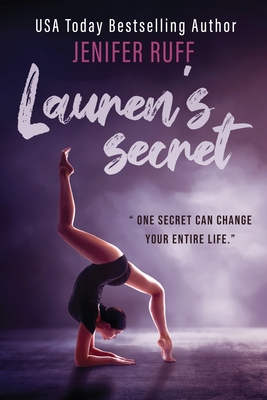 Lauren is an elite gymnast training full-time to qualify for the Olympic team, when an unexpected and terrifying incident changes everything in her world. Forced to abandon her identity, she has no choice but to become someone else, somewhere else, and face high school for the first time. A brand-new scene of cliques, competitive cheerleading, and teenage drama would shake anyone, but that isn't the worst of Lauren's problems.

Anyone who likes a good mystery and appreciates the intense discipline and rigor of women's gymnastics and competitive cheerleading at their highest levels will love Lauren's Secret, by USA Today and International Bestselling author, Jenifer Ruff.

Lauren's Secret can be read by upper elementary-aged children through adults. There is no inappropriate language or sexual content. Lauren's Secret was previously titled Full-Out.