Belief in the Realm (Paperback) 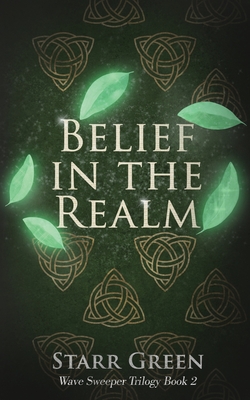 Belief in the Realm (Paperback)

Discovering a hidden world of faeries in Ireland was less of a shock than finding out she is more powerful than them all.

The new Goddess of Love, Piper, has devised a plan to get what she wants involving a faerie spy, an American tourist named Amy, and a lot of belief magic. Although, the dangerous faerie rebellion is starting to gain more followers, pushing for a new king. As the threat of battle is something her sheltered upbringing didn't prepare her for, all of Piper's plans for Amy could go awry.

Amy didn't intend to visit Ireland on her trip, but fell into a vacation fling with a charming local. A romance her new friend Piper is suspiciously overjoyed about, less due to her improved love life and more to Amy's previously undiscovered powers. When everything goes sideways, they must work together to rescue every human on earth, including the boys they love.

Read the intriguing next installment of Piper's journey in Wave Sweeper Trilogy's Book Two. A fast-paced YA urban fantasy with sweet romance, this trilogy follows a female autistic lead in a contemporary reimagining of Irish legends.