A Home in the Wilderness (Paperback) 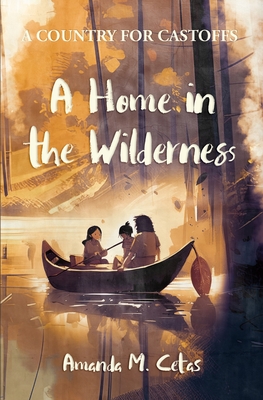 A Home in the Wilderness (Paperback)

Based on true events. Etienne's story continues in America in 1663 as he must chart his course through a dangerous New World.

A double wedding is interrupted with news of a Native American attack on the Dutch settlement of Wiltwyck. Women and children were taken hostage and a nearby village was burned to the ground. The whole colony is now preparing for war and his Native American friends have not returned. Were they involved? Etienne will have to choose sides. Will he protect his new friends or defend his community? Both choices demand great sacrifice and risk the lives of those he loves. His life will never be the same again.

Etienne Gayneau settled New Harlem in 1663 with his family to build a new life in an untamed world. This is the story of one boy's struggle to survive and protect those he loves.

Etienne Gayneau doesn't understand why the native peoples and colonists can't get along in this land of abundant resources and opportunity. As war erupts between his Old World religious community and his New World friends, Etienne must find a way to end the violence, while protecting those he loves on both sides of the dispute.

Etienne must learn to survive in this dangerous, exotic new world. He will learn new skills from his Native American friends and establish new friendships a with old enemies. But just as everything seems to be going so well, conflict threatens to destroy it all Will Etienne find a way to save his friends and fulfill his own destiny?