Bold and the Brave #19 (Paperback) 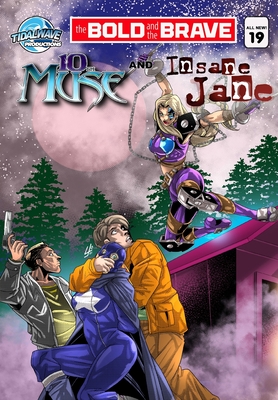 Bold and the Brave #19 (Paperback)


Not Yet Published—Pre-Order Now
(This book cannot be returned.)

In the most mad-capped issue of The Bold And The Brave, the 10th Muse partners with the most unexpected hero of all... Insane Jane Technically it's the Avenging Star as Insane Jane is the name or her miniseries. Never mind Will the space/time continuum be destroyed? Will the artist follow the script? Will there be waffles? Buy the comic Find out

A new unique team-up ongoing series The "10th Muse", the avatar of justice on Earth, teams up with the TidalWave Universe's vast array of colorful, costumed adventurers for a series that hearkens back to the Bronze Age of comics when team-ups were something special When Emma Sonnet receives a mysterious amulet, she finds herself hurtling through time and space, encountering threats new and old in her quest to return home. Featuring homage cover by Marvel Comics Yonami, this series is excellent for new and old fans of superhero adventure