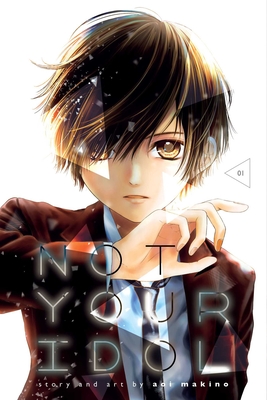 This is book number 1 in the Not Your Idol series.

A psychological suspense series about a girl who has given up her life as an idol after being assaulted by a fan.

After that day, she stopped being a girl.

In the wake of an assault, Nina Kamiyama, a former idol in the group Pure Club, shuns her femininity and starts dressing as a boy. At high school she keeps to herself, but fellow student Hikaru Horiuchi realizes who she is. What secrets is she keeping? The shocking drama starts.
Aoi Makino first submitted manga to a publisher when she was in her second year of high school. She debuted in 2008 with "Ao no Tsubasa" (Blue Wings) in the Ribon Special Spring Issue. Her hobby is putting together nanoblocks.