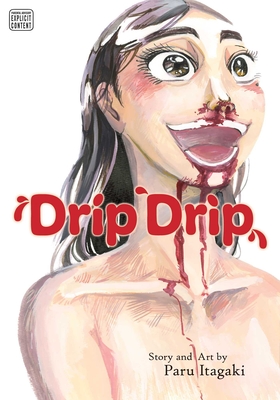 
Not On Our Shelves—Ships in 1-5 Days
A one-shot graphic novel starring very human characters from the unique imagination of Paru Itagaki, creator of Beastars!

Whenever Mako Higari comes in contact with something she perceives as dirty, she gets a massive nosebleed. How can she find a loving partner and commit to a meaningful intimate relationship when just touching another person makes her bleed out? Especially when most of the men she meets are sleazy creeps! Her first challenge might be learning to love herself… Plus, a short story starring Santa Claus as we’ve never seen him before!
Paru Itagaki made her debut as a mangaka in 2016 with the short story collection Beast Complex. Beastars was her first serialization. Beastars has won multiple awards in Japan and around the world, including the prestigious 2018 Manga Taisho Award, and went on to inspire a critically acclaimed hit anime series.